How Long Will This Server Last? A Basic Guide to the Shelf-Life of Your Organization’s Hardware 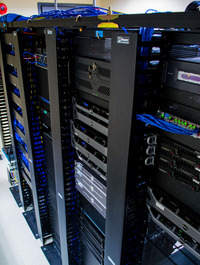 How Long Will This Server Last? A Basic Guide to the Shelf-Life of Your Organization’s Hardware

Technology equipment can be expensive, and many organizations try to get as much use out of their hardware as they can before replacing them, sometimes to their detriment. But how long should you really keep your equipment before the risk for failure and unplanned downtime becomes significant?

Here’s a basic guide to the lifespan of your equipment that you can follow when deciding what to upgrade and when. At Rocket IT, we recommend you replace your hardware in the lower end of the ranges given below to stay up and in the green. The closer to the end of the time range you go, the greater your risk of failure and data loss. About the Author-  Michael Bearchell lives with his wife and three children in Gwinnett County. He is an Inside Support Technician at Rocket IT and has found out the hard way that it is tough being a New York sports fan in the south. Have you found that you need the expertise of a Chief Information Officer to help you make strategic decisions on how to leverage technology to meet your unique business goals, but aren’t ready to commit to hiring a full-time executive to fill that need? Learn about our virtual CIO services.