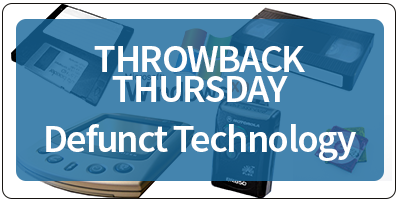 Nostalgia time! Do you remember using a PDA or racing off to a landline when your pager beeped? We do. Let’s throwback to some of our favorite defunct technologies this Thursday!

The original concept of the answering machine came about in the late 19th century and the first automatic answering machine was invented in 1935, but these devices didn’t start becoming staples in the American household until the 1980s. Now we can have our voice messages texted to our phones instead of waiting to press play on the machine in the hall when we get home and listening to that tiny tape rewind. Before cellphones and long before the iPhone 7, people relied on pagers to reach out to someone. Instead of “call me” texts, this tiny device beeped, chirped, and buzzed to let us know someone wanted to speak with us. The second oldest technology on our list, pagers were created in 1950, and officially coined “pagers” in 1959. When the first numeric pagers came out, and people could include any numbers they selected in addition to their phone number, a coded language was adopted that allowed friends to communicate with each other using numbers alone, much like twitter’s series of shorthand and hashtags that’s popular today.

8-track tapes took off at their inception in 1965 when Ford included 8-track players as an optional feature in their 1966 line of vehicles. From a car accessory, 8-tracks continued to boom in popularity as home stereos were introduced in 1966, but tapered off in the 1970s when Sony’s Walkman made compact cassettes the more versatile option. If you’ve ever had to explain what the “Save” button looks like to anyone born past 1995, you know what it’s like to feel old. The floppy disk was created in 1967 and became commercially available in the early 1970’s. Before CDs and USB devices, people used floppy disks to store and transport their files. The capabilities of a floppy disk were nothing compared to the options available to us now, and though you might miss the aesthetic, no one really misses switching out five different disks to load one program to your computer.

The videocassette recorder (or VCR) was received in the US in 1977, but the battle between VHS and Betamax raged on for much longer before VHS emerged as the victor. Betamax production in the US ended in 1993, but 90s kids will definitely remember the iconic VHS tapes played by VCRs (not to mention the racecar rewinder).

If you’ve never seen a laserdisc in real life, look over at one of your old CDs or DVDs, and picture it as about the size of a vinyl record. Laserdiscs came to consumers in 1978 and were the precursors to our CDs, DVDs, and Blu-ray discs. Unfortunately, laserdiscs never really became as big in North America as their successors.

Okay, so maybe we don’t actually miss this one at all. But you have to admit it’s real throwback to hear that dial-up audio again. Dial-up came about in the 1980s, and was first commercially offered by Sprint in 1992. The most amusing part of the growth of dial-up was the prevalence of free AOL installation discs. While certainly out of popularity, this form of internet access is still used in some areas and is often the cheapest option.

The grandfather to the smartphone, PDAs did everything except make calls for you. You could even play Hearts and Snake on them. Popular with businessmen, PDAs were primarily used as personal organizers, like the electronic version of your datebook. They were created in the early 1990s, but the first Palm Pilot, certainly the most iconic PDA device, was released in 1996.

Sony launched minidiscs in 1992… And then relaunched them again in 1998. Minidiscs never became as big as their predecessor, the cassette tape, but you may still remember Sony’s attempt to declare 1998 “The Year of the Minidisc.” Minidiscs officially gave up the ghost when Sony stopped producing the last of their minidisc players in 2011.

Released in 2001, succeeded by Windows Vista in 2006, Windows XP is arguably the most loved Windows operating system. XP effectively created a simple, unified experience for Windows users, and those users resisted the transition to the clunky, broken Windows Vista. Much to the chagrin of half of the Western world, Windows ended support for XP in 2014. 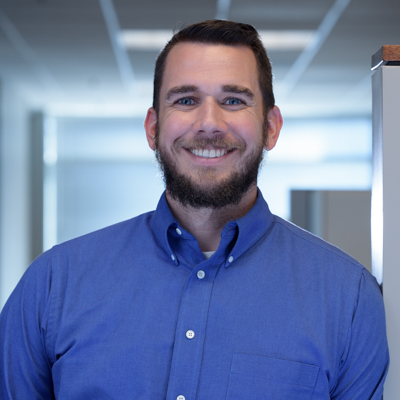 About the Author – Ryan Bonilla is very active both professionally and personally in the Gwinnett community. He is a Gwinnett Chamber ambassador as well as serving on several committees and boards related to leadership and education. He lives with his wife and two daughters in Sugar Hill, GA.

Have you found that you need the expertise of a Chief Information Officer to help you make strategic decisions on how to leverage technology to meet your unique business goals, but aren’t ready to commit to hiring a full-time executive to fill that need? Learn about our virtual CIO services.